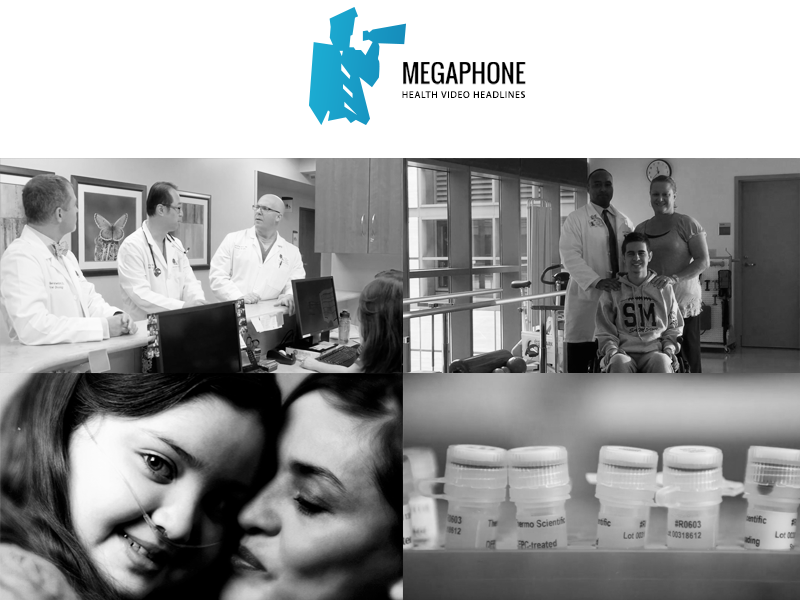 The University of California, San Francisco released a new video starring Bianca. Bianca, 17, has depended on an oxygen tank to breathe for years but was hesitant on a lung transplant because of her religious beliefs. At the insistence of her doctors, she signs up to the organ transplant waiting list. Bianca shares her positive experience with UCSF.  Watch now.

Cody was playing football when he suffered a spinal cord injury that rendered him a quadriplegic. He was rushed to UCLA Health and treated by the neurosurgery department. The surgeon, a former high school football player, would be able to recover Cody’s ability to move. Watch now.

Cancer Treatment Centers of America released an informative new video for patients who have been diagnosed with lung cancer. The video features many of the hospitals’ medical faculty who offer their guidance, including reminding viewers what questions to ask their doctors and what to do next. The video then is able to take those questions and promote the hospital’s treatment options and clinical approach. Watch now.

Rosche published a new video that highlights the company’s “engrained quality” mindset. The video is used to show its viewers the value Roche places into its manufacturing – and how that quality is far reaching, interviewing people from all over the globe. Watch now.

Gilead Scienes released a new video that highlights the company’s dedication to searching for an HIV cure. The video utilizes powerful historical footage to teach a brief history of the disease, while inspiring hope with interviews from researchers and scientists.  Watch now.