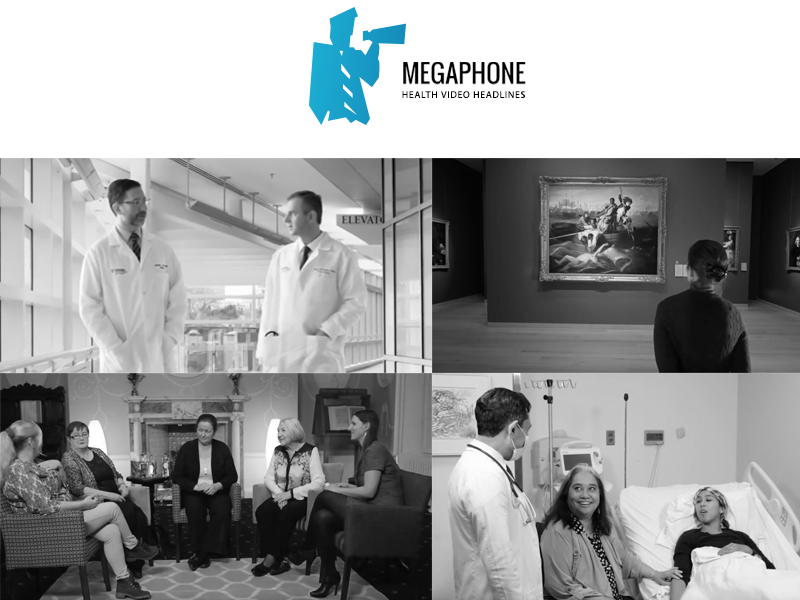 In honor of Eli Lilly and Company’s 140th anniversary a Lilly colleague, and slam poet, delivered a performance that bridges the company’s past, present, and future. The video utilizes a unique way of sharing a company’s history. Watch now.

The Winter 2016 issue of Harvard Medicine features an introductory video

For the Winter 2016 Harvard Medicine the magazine used video to introduce the magazine’s theme: The Art of Medicine. The video stars a Harvard Medical School alumna as she speaks about the connection art and medicine can have when communicating with patients. Watch now.

MassGeneral helps patient get “back on her feet”

Massachusetts General Hospital released a new patient video. The video’s subject is a local business owner, optician, and competitive dancer. When metal valve disease threatened her quality of life the medical team at MassGeneral was quick to react. Watch now.

The Megaphone team was saddened to hear of Weill Cornell Medical’s Dr. Edwin Darracott Vaughan Jr.’s passing in April. Dramatic Health, Inc. had the honor of working with Dr. Vaughan on a urology series.